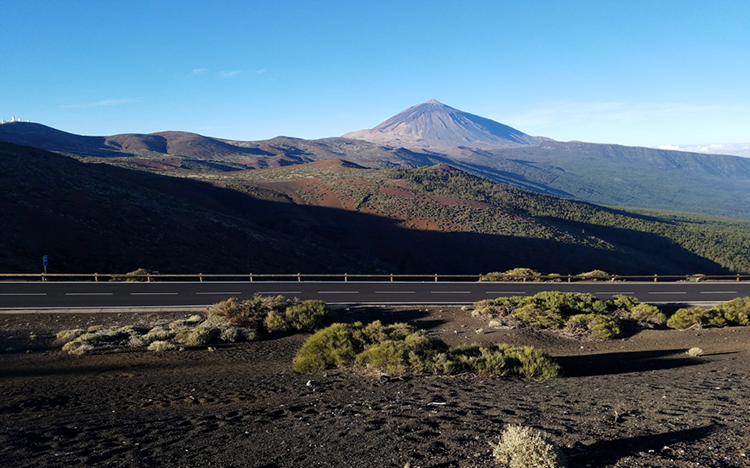 GUADALEST, Spain–The people of Alicante police their own water while the supply dwindles. From cutting back on nonessential water activities to using a sprinkler-style irrigation system, residents along the southern coast take water management matters into their own hands.

It is only a small piece of a collective effort to manage a burgeoning water crisis in Southern Spain and parts of Portugal. In the Spanish province of Alicante alone, there are 30 water towers open at all times. Guillermo Albert Magro, 60, who has served as a tour guide for 25 years along the Mediterranean Spanish coast and hails from a Valencian town called La Nucia, uses the tale of two towns to explain why.

This interdependent relationship between the mountainous town of Guadalest and Benidorm, a tourist town with the most high-rise buildings per capita in the world, reflects the interplay of business needs with basic living necessities.

The start of this particular region’s water issue spans centuries. There were originally no residents living in Benidorm due to a lack of H2O, so a water canal was constructed in 1666. However, drought-induced water shortage remained a consistent problem for centuries. Once the wealthy residents of Guadalest and neighboring towns settled in Benidorm starting in the 1920’s and especially during the 1950’s Spanish coastal resort boom, Guadalest in turn provided water through a reservoir that was then used to irrigate valleys.

Despite being planted in the past, the water problem is making a comeback along the southern coast due to recent droughts in some of the driest regions in Spain. This return of a water crisis despite technological advancements coincides with an increasingly alarming human-accelerated rate of climate change, which environmental scientists concur are causally linked.

“Water here is almost as expensive as gasoline,” says Jose Ramon Gonzalez, 54, a local tour guide in Las Palmas, the capital city of the Canary Islands, a Spanish territory off the coast of Morocco. The desert-like arid climate of islands like Las Palmas and Santa Cruz make maintaining an adequate water supply especially arduous for residents.

“There is greater water consumption than there is water,” says long-time resident Miguel Angel Rodriguet, 48, an employee of a store on the outskirts of Benidorm that sells chocolate and wine for which the Valencia region is famous.

Some of the measures initiated to address this water scarcity, particularly during the summer months, when it gets drier, include a restrictive schedule for water consumption and the extensive use of goteos, or drip irriga-tion machines. Goteos, a mechanism of micro-immigration, use rubber tubing to allow water to seep slowly yet directly into the roots of plants, minimizing evaporation and thus saving water.

According to Mr. Rodriguet, every property owner in the area uses goteos out of pocket due to public consciousness, ensuring that there will be enough water to go around for all residents. Mr. Rodriguet cited olives and almonds as some of the most popular local crops watered with goteos.

The water-use restrictions in Alicante are more systematic, especially in the summer. From June until late September, there is a local government-imposed schedule for temporarily cutting off water access, first in the morning, then at approximately 9 PM. There are also regulations against owning pools and gardens, which are seen as water-guzzling luxuries.

In northern regions of Spain, “we don’t have a huge problem with water, because of the mountains and snow, but in the South they do,” says Jorge Medina, 35, who has served as a tour guide in Barcelona for 12 years. He proves it by pulling the lever of a public golden water faucet at the city center of Barcelona and alluding to the superstition that “if you open the faucet, you’ll carry Barcelona in your heart wherever you go.” However, according to Mr. Medina, goteos are still used widely throughout Spain for efficiency.

Spain is not alone in practicing such water consciousness. In neighboring Madeira, Portugal, the media plays a vital role in galvanizing collective eco-friendly action even when sacrifices are involved. For instance, there has been a publicized push in local newspapers in Madeira towards growing less water-consuming plants like the prevalent eucalyptus.

Along with such nations’ southern coasts, public bathroom signs urging users to be water-savvy are more than just public announcements. They are also signs to climate deniers that abound in the U.S. that water crises are yet another sign of a worsening period of human-impacted climate change.