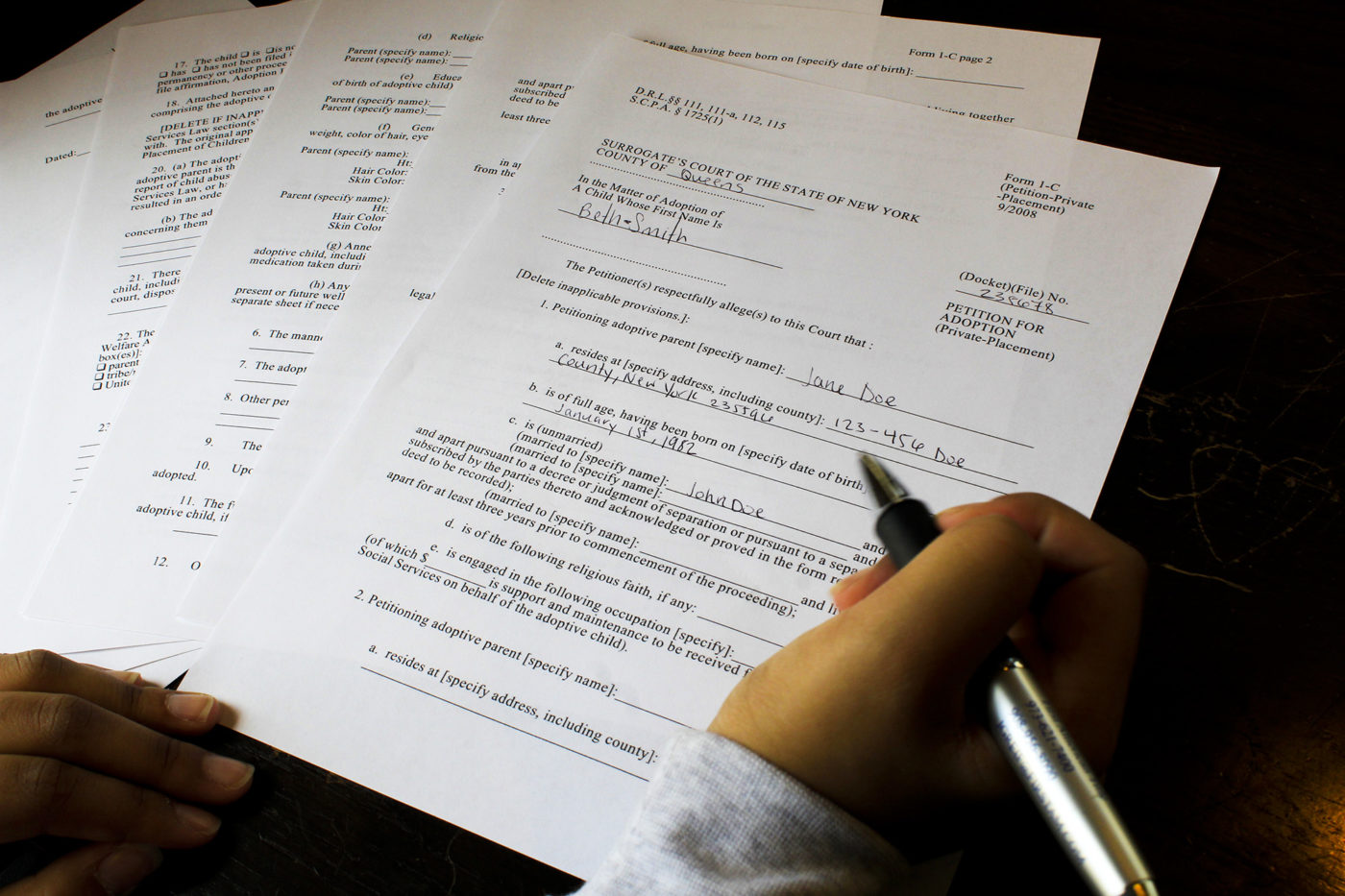 The Forbidden Journey of Adoption Through Foster Care

Adoption through foster care was once considered unlawful and forbidden, thus forcing children who were in the custody of these families for years to endure the uncertainty of where they will sleep next. During her career at The New York Times, Edith Evans Asbury was responsible for shedding light on the underreported topic during the 1970s. Her coverage of Mr. and Mrs. Michael Liuni’s fight for their daughter led to changes in adoption laws.

On July 9th, 1962, Mr. and Mrs. Michael Liuni, an Italian-American couple who lived in Tillson, New York, fostered a five-day-old baby girl. Four years later, they were entangled in a lawsuit against New York, begging the court for adoption rights.

According to court documents, the Liunis’ pursuit of adoption began when they asked about their four-year old, Elizabeth “Beth” Liuni’s availability for adoption and were told, “it was not the policy of the Ulster County Department of Welfare to place children locally for adoption.”

Asbury followed the story as it progressed from 1969 -’71, while writing for The New York Times. In one of her coverage articles, she writes, “their application to adopt the blue-eyed blond child had been rejected because, among other reasons, the child and the couple were of different ethnic background. The couple were brunettes of Italians descent.”

Had this case have taken place in 2019, the circumstances surrounding the Liunis’ adoption case would have been different. While the current restrictions to adopt a foster child may vary, there is no race requirement nor age limitation placed on those who intend on adopting. According to a representative from Adopt US Kids, “In most states, adults of all ages can adopt. There are typically no upper age limits.”

The Liuni case occurred during 1970 -’71, during the same time when birth parents were given priority when it came to a child’s living situation and therefore able to determine whether the child lived with them or continued within the foster care system. Beth Liuni was the result of an affair between her married mother and an unmarried man. Both biological mother and father had given their consent for their biological daughter’s adoption when the child was 2-years old.

Through Asbury’s reporting, the case gained the attention of the city. After ten months of fighting for the right to make their family whole, Mr. and Mrs. Liuni were able to obtain adoptive rights over their now daughter, Beth Liuni. Not only did they obtain rights over their daughter, but also their case sparked a conversation concerning the unspecified adoptive laws.

In a coverage article written after the Liunis’ win, Asbury writes, “two so-called ‘Liuni Bills’ were immediately introduced into the Legislature and were later passed.” The first bill gave foster parents in the same position as the Liunis the right to appeal decisions made by the local welfare commissioners without having to go through a court case process. She explains in the same article that the second bill, which “gave foster parents preference in adoption, when they have cared for a child for two years, was vetoed by the Governor in 1967 but was approved by him this year when it was passed again.”

While Asbury’s coverage publicized the topic of adoption within foster care, foster parents were still discouraged from adopting their foster children. Irene Clements, adoptive parent to one son and two daughters and long time foster parent to 127 children over the course of 27 years, shares how she was thrown out of a meeting for simply raising her hand to answer a question. In 1974, she and her husband attended a National Foster Parent Association meeting and were asked if they would like to adopt again within the foster care system. “We raised our hands and they told us ‘well, go home,’” she explains.

Irene Clements, 71, is the Executive Director of The National Foster Parent Association, a nonprofit organization that was founded in 1972, “as a result of the concerns of several independent groups that felt the country needed a national organization to meet the needs of foster families in the United States,” according to their website, nfpaonline.org. Clements resides in Texas, where she is the adoptive mother to three, grandmother to 19 and great-grandmother to three.

Due to her inability to bear children, Clements and her husband Billy knew they would follow the path of adoption. “I think adoption was always the plan for us and we knew that even before we thought about fostering.” They adopted their first child through an adoption agency in 1971 when the child was an infant. Since then, they’ve adopted a son, a daughter with Downs Syndrome and have fostered a total of 127 children in the span of 27 years.

She boasts a record of 19 grandchildren and three great-grandchildren. “We have a large extended family,” she said and laughed as she heard the shock in my voice. Today, her two daughters are 47 and 32, and her son is 42.

Asbury wrote an article titled “Queens Foster Parents Fighting for Return of Child by Hospital” about the struggle between an older couple, Mr. and Mrs. Marotta, who wanted to adopt their foster daughter. The child was placed in their care since she was five days old and was taken from them and placed into another foster care family around the age of two. She writes, “They say the hospital told them they could not adopt Laura because they were too old.” Mr. Marotta was 50-years old, while Mrs. Marotta was 48.

Clements confirms this ideology, saying, “Back in the day, they didn’t want you to be over 40. That began to change because everyone wanted to adopt babies.” She continues, sarcastically mimicking what her family told her, “I mean, how old would you be when they graduate?”

Through the years of the Liuni Case and throughout the rest of her life, Asbury remained  close to the Liuni family, specifically their adoptive daughter Beth Liuni. Asbury attended Liuni’s high school and college graduations, and multiple cards from Ms. Liuni express appreciation to Asbury for giving her a ring.

Through similar cases like Mr. and Mrs. Liuni’s fight for the adoption of their foster child, changes to adoption laws have been passed and granted foster parents like Clements the opportunity to create a family for children in need of one. Through Asbury’s coverage on the topic, the cases gained widespread attention and in return, sparked a change in the flawed system, proving just how significant coverage on an underreported topic can be.