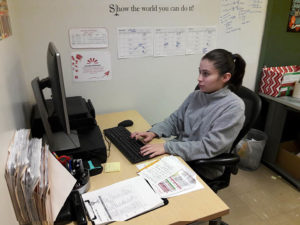 President Trump has moved to put an end to the Obama-era program that serves as a shield for young undocumented immigrants from deportation.

The Deferred Action for Childhood Arrival (DACA) program allows undocumented students to work and go to school, just as if he or she was a citizen.  Unfortunately, everyone within the DACA spectrum is now facing fear of deportation.

On Tuesday, September 5, 2017, the Trump administration formally announced they will end the DACA program, putting an expiration date on the legal protections granted to roughly 800,000 people known as “DREAMers,” who entered the country illegally as children.

According to a report by Fox News, President Donald Trump, said in a tweet, “Does anybody really want to throw out good, educated and accomplished young people who have jobs, some serving in the military? Really!”  The President also mentioned in his tweet that, “They have been in our country for many years through no fault of their own – brought in by parents at a young age.”

“Deferred action is a use of prosecutorial discretion to defer removal action against an individual for a certain period of time,” the U.S. Citizenship and Immigration Services states. “Deferred action does not provide lawful status.”

Whichever way this issue is angled at, this country is and will always be filled with immigrants. As a governmental body the United States should be making a strong effort to help these DACA recipients ontheir path to citizenship because these are people that go through the New York City school system with the intention of building a bright future.

Yes, President Trump acknowledges these students were brought here by their parents, but seemingly neglects his ability to protect them.  Parents bring their children here for a better life and that cannot be achieved if students must live in fear of deportation.

The founding fathers of this country built it on the principles of freedom. It should not matter if a person is an immigrant or a citizen, everyone is looking for a better way of life.

As a DACA student who came from Honduras, Margi Morales arrived in the United States at the age of eight.

In reaction to hearing about the possibility of deportation, Ms. Morales, a recent LAGCC graduate who is studying Biology at Hunter College, says: “If I get sent back to my country, my mom’s sacrifice to bring me here is in vain.  The removal of DACA would rip everything away.”

According to the NY Post, “About 250 Dreamers who attend CUNY campuses face an Oct. 5 deadline to reapply for Deferred Action for Childhood Arrivals protection…”  In response to the deadline, CUNY has promised to cover the $495 renewal fee.

LaGuardia Community College has certainly stepped up to the plate to protect its students.  As an effort to help the LaGuardia student body, there are many people on campus who are equipped with the knowledge of what resource are available to help students.

As a scholarship coordinator for LaGuardia Community College, Jennifer Aponte works with DACA students to assist them in their search for financial assistance towards their education.

Ms. Aponte who has worked on the campus for 7 years, says, “President Trump’s decision is unjust… These are hard-working students that are looking for an opportunity to lawfully excel in a profession field.”

“LaGuardia serves as a safe space for these students.” says Ms. Aponte.

Daihana Bolanos, who came to the United States at the age of three from Colombia also shared her opinion on the DACA program removal.  She is currently 22 years of age and is a Deaf Studies major at LaGuardia: “I don’t feel safe here. I came here for an educational opportunity, but, politically, I don’t like it here.  Donald Trump, stop being a coward. We came here to better ourselves.”

DREAMers are here for a better life, so they should be given the ability to pursue it without any barriers to throw them off their path.