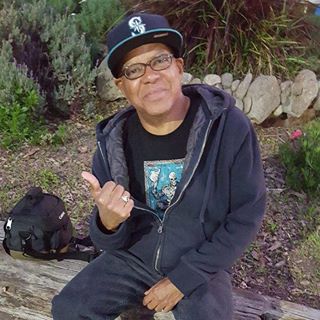 Wearing a polka dot shirt and a pleated expression, Carlos Figueroa, 58, keynote speaker of LaGuardia’s first ever graduating class of 1972—who finished third in his class but ended up the keynote speaker because, “The other two just didn’t want to.”—certainly looks retired.

A former IT manager to the secretary of the United Nations, he now works with an undisclosed self-help organization and, occasionally, as a computer analyst. His affectless speech, mild and prudent, is perhaps the by-product of working in a multi-national diplomatic setting for 21 years. I sat down with him to bring back a voice from LaGuardia’s 40 year past—when Nixon ruled the land and Pong was all the rage— to document what has changed from a man who was there when it all began.

His Cuban immigrant father and his Harlem born Jamaican mother certainly fit the diversified image of the UN, where they were employed. As a result, Figueroa was born and raised in Parkway village—a rather secluded co-op in Kew Gardens Queens built in the late 1940’s to house UN personnel. With its lush vegetation and red-brick white column homes, Parkway village really does seem to accurately represent its slogan, “A Colonial Village of Distinctive Charm”.

“I had friends from all over the world,” Figueroa said of the neighborhood. “It was exciting”

Figueroa was no stranger to diversity but back in the early 1970’s, LaGuardia community college was, “not as diverse as it is now.” He said. “Most of the students who attended came from the western part of Queens. It was homogenous.”

LaGuardia College was also more or less a product of its environment, which is to say, heavy on the factories.

“The E building used to be a small Chiclet factory.” Figueroa recalled, later stating. “If you come to LaGuardia with the traditional image of the college campus, you’ll be surprised”

Of course to know of LaGuardia’s beginnings, one has to know its cultural context. You may have noticed that even today Hunter’s point still bears the birthmark of its industrial past. Figueroa paints a portrait of an area when deindustrialization (which is what it sounds like) was just beginning to leave behind many abandoned warehouses and factories, which explains  the mechanical feel of the campus as opposed to, say, a college built from the ground up.

The surroundings also contributed much to the college’s early identity. Figueroa told me that LaGuardia community college was initially advertised as a work-study college. It was that labor oriented distinction that attracted Figueroa—who was “accustomed to the work place” having worked a multitude of odd jobs while in high school—  to the college, where they took advantage of the local factories and warehouses to provide employment for their students in exchange for credit.

Indeed, while complimenting LaGuardia College on now being bigger, having more courses and better facilities—describing it as a “leap forward”—he did lament that shift of focus.

“I’m disappointed that the work study aspect [of LAGCC] has fallen by the wayside,” He said. “In my view, you need a different avenue.” He went on to express that even though he’s led a successful career without an associates degree, nowadays it’s gotten tougher to enter the job market with just an AA, especially in the Business and Commerce fields, hence the need for more on the job training.

“I’m hugely disappointed that [CUNY] dropped free tuition,” he also said, citing that the daunting expenses would inhibit students from excelling. Figueroa also viewed it though an international lens, “We need to beef up education. It’s clear we have fallen behind in many ways…there are some developing countries who have surpassed us [educationally].”

Perhaps sensing he would come off as jaded, he added, “Though I certainly wouldn’t want to speak badly about LaGuardia College”

I believed him. It became apparent that Figueroa enjoyed working in a varied environment. When he went to Amherst College, a near Ivy League school, he was looking for something new. He dropped out after a year.

“I went over there because I was tired with the city. I wanted a change,” He said, before breaking into a laugh. “It turned out to be too much of a change.”

When I shifted directions and asked him if he was familiar and agreed with former Newsday journalist Les Payne saying in a recent LaGuardia College lecture that students live in a global village and should broaden their horizons internationally, he agreed.

“We’re not self-sufficient. Globalization is a fact of life for all of us…once you start travelling, you become more aware.”

He also mentioned his time with the UN as contributing to his conviction. “The four years I spent as part of the UN peacekeeping force in the former Yugoslavia during the Bosnian war,” he confessed. “Was probably one of the most rewarding experiences of my life.”

When asked what his advice was for young LaGuardia students, he said, emphasizing every word, “Have an idea about what you want to do, career-wise. It helps to have a focus,” he paused. “Pick something you like.”

I asked him whether students could successfully attend college while juggling through work and family. “They should know it’s going to be difficult and should have more patience and tolerance.” He said. “But it can be done”

With the interview nearly done, my notes more cluttered than a Jackson Pollock painting, and without any sort of concrete prompt, the retired man who had worked for the UN for so long said: “I feel privileged to have attended LaGuardia community College. It had a distinctive mission. It was,” a lull as he searched for a word he had used to describe his childhood. “Exciting.”

View all posts by Richard Ganados →