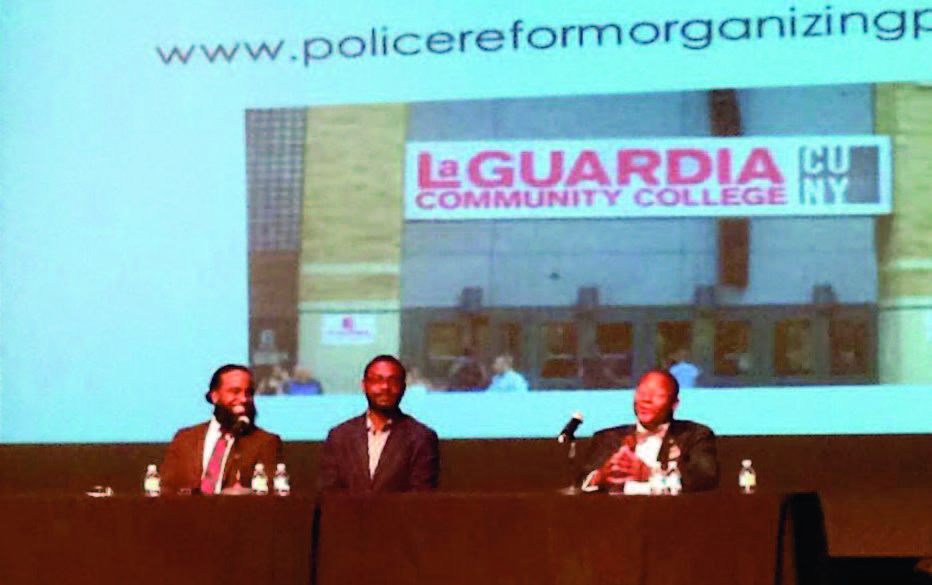 On Friday, May 13th, LaGuardia Community College held a conference called Balancing e Voices Of Justice: A Call To Action. The purpose of the conference was to show the students that there are multiple ways of taking initiative and standing up for what they believe in. In this case, the conference specifically criticized the lack of respect the criminal justice system seems to have for society and its growth.

Those involved in the seminar explained their opinions on the matter and displayed examples by incorporating film, photography, journalism, etc., in constructing an opportunity for a meaningful learning experience that otherwise would not have been possible or as successful. They encouraged the students to create and collaborate, to prove the indecency they witness in daily occurrences, and move towards a change.

It was made very clear that there will be no successful movement without the awareness and help from the youth. This is particularly important to LaGuardia because of its diverse environment and educational role.

Professor Andre Keeton explained in the poster session that students from the criminal justice program developed posters to depict what they had learned doing research throughout the semester. It was made into a competition, where the audience was asked to look at the posters during the lunch break, ask the students questions about them, and later judge them based upon how skillfully they got their point across both textually and graphically.

There were four panels. Panels A to D covered Quantifying Injustice, Legislating Justice, Documenting Injustice, and Empowering Justice. Each panel explored a different theme of justice. Students, faculty, organizations and those who have been personally affected by the system and its ramifications took part in sharing their experiences, whether it was opinionated, racial, criminal or social. This event was supported with the previously mentioned forms of artistic expression.

I had an opportunity to speak with Social Science Professor John Chaney, who was a moderator for the Documenting Injustice panel. When asked why he gave his students an extra credit assignment for listening to two of the panels, followed by a report on both, he stated: “I wanted my students to participate because this conference is much more than just reading from a textbook and listening to a lecture. It adds much more depth to the topics we are discussing in class and it takes the lessons out of the classroom.”

Known for putting together major events, such as the Black Lives Matter event that took place just a month prior, Professor Chaney was first approached about this conference in the beginning of January. He said that the planning committee met every two weeks. Each meeting was jam packed with important decisions and much was done throughout the time they had together.

Campus Life, led by Senior Director Conrad Walker, collaborated with Daren Ferguson, manager of the Multicultural Exchange group here at LaGuardia, to put this conference together.

Glenn E. Martin, the Keynote speaker, began at promptly 9:30 a.m. He is the founder and president of JustLeadershipUSA, created in 2014 and dedicated to cutting recidivism in half by 2030. In addition to serving on a number of boards, he is also a re-entry and criminal justice policy reform expert on MSNBC, CNN, and local media outlets. Mr. Martin served six years in Rikers and is an example that a wrong judgement call does not define you. Unfortunately, till this day he is still constantly reminded of it, no matter his efforts. He was recently invited to meet President Obama at the White House to discuss reforms and the Fair Chance Act, that has made it illegal for employers to ask about criminal history upon hiring, legislation that received a pink slip upon arrival. The pink slip meant that he had to be escorted into the White House because he was formerly incarcerated 21 years before.

Given his history beyond the system, it is apparent that “No matter how much you try to turn your life around you are still treated like a criminal,” Mr. Martin said. You may physically be released, but the powers at hand have proven that you’re never truly relinquished. He ended his speech with saying, “Institutions change people, long before people change institutions.”

The Quantifying Injustice panel introduced us to the Police Reform Organizing Project (PROP), a long time critic of broken windows.

Professor Colleen Eren, moderator of the Quantifying Injustice panel, precisely explained to the audience LaGuardia’s aim. Unlike other criminal justice programs, and contrary to what we’re told, here at LaGuardia they teach the Criminal Justice majors that the theory that broken windows was created for the community’s protection is wrong.

Broken windows has dramatically increased racial profiling, and has added to the already extremely high levels of incarceration. Robert Gangi, Executive Director and guest speaker, spoke of PROP’s main focus being to document, expose and attempt to change racial discriminatory practices by the NYPD.

The main purpose is to change the way the police practice. This is where the partnership LaGuardia has created with PROP came into play. The panel had our very own scholars who interned for PROP in their spare time: Sherene Ronald, Valerie Quintero, Zephrin Blasse, and Enzo Morello. Each student presented the data they discovered. Enzo’s in particular stood out because he added humor, which seemed to catch the crowd’s attention, adding relatable stories; such as, incidents he encounters on his daily route, to accompany the facts.

Swipe it Forward” is a concept that was created by PROP to help the community. “Theft of services,” also known as “fare-beating”, makes up for the highest number of arrests by the NYPD. So many New Yorkers coming from low-income households cannot afford to pay for a metro card every other day.

Over 29,000 arrests were made in 2015 alone. 92 percent involved people of color. These arrests cost the city $1750 each, costing the city $51 million a year overall. At arraignment, the judge will often impose a fine, which the defendant most likely cannot afford. Mr. Gangi said, “The MTA says it’s OK to swipe someone into the subway, but the police arrest and tickets people that do, even just for asking.” That is when he asked the audience to join PROP in #swipingitforward.

The Legislating Justice panel featured Jasbir Singh, Senator James Sanders Jr., and Councilman Donovan Richards. As well as being lawmakers, they’re all organizers who have helped orchestrate campaigns against injustice. Two of the three have even served time in the past. The three touched upon the subject of how local and national laws play a role in how justice is distributed in our everyday lives.

Professor Chaney expressed his feelings towards second chances: “The bottom line is that we are all humans and we all deserve a second chance. The American Way gives us the right to do so. If you are sincere, and you are willing to do your best to restore your life, why shouldn’t you be given that opportunity? In the end, it is not only beneficial for the person coming out of the criminal justice system, but it also benefits the community. We put ourselves at risk if we don’t and it will lead to more crime.”

The Documenting Injustice panel mainly focused on Carla Usher’s documentary, Ferguson Documented: In 36 Hours, and its effect. On August 9th, 2014 Michael Brown was killed. Shot by a cop, he was then left in the street for four and a half hours. Three weeks later, after seeing all that was happening because of it Carla Usher, journalist and filmmaker, decided to take the trip down to Ferguson, Missouri and document a bit of the aftermath. Thirty-six hours worth of it. Instead of focusing on the police like every other news outlet, she focused on the community and what they had to say.

Michael Brown and the tragic way his life was taken did not make the national news. Sadly, in a case of bad journalism, the impact of the crime was only taken into account once violence had erupted in the days following. The communities reaction forced the media to take notice, forced the world to take notice. Since then, and after various similar situations, over 170 U.S cities have protested. Ferguson is everywhere, and it was made clear during the conference that violence isn’t the answer. It was also clear that without it, it would not have been spoken of as much as it has been, and needed to be.

Dominique Hamilton, a community member who can be seen in the film, flew in just to take part in the conference. She is a nurse who had been studying a block away from where Michael Brown was killed at the time. Also a community activist against the tragedy that occurred that day in Ferguson, Missouri, she was a member of the Documenting Injustice panel. After getting a chance to speak with Hamilton I found her words a bit intimidating, because her fearlessness and approach to stand up for what she believes in were both noble and inspiring. “Where’s the fear when you know you’re right?” were her words exactly. She is currently a street medic. Street medics are nurses who go out in the field. Their purpose is to be there for people during over militarized situations.

The Empowering Justice panel expressed the dominant influence the community has in identifying the lines of justice. They looked at what is right and what is actually being done. Dr. Michelle Billies from Kingsborough Community College and our very own Dr. Karen Miller discussed how big of a role it plays in the pursuit of reforming justice. Both professors provided an assortment of ideas, opinions and facts. 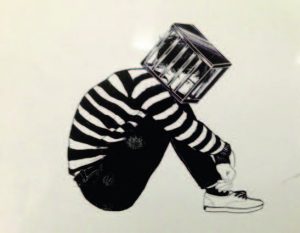 Criminal justice majors will be entering various fields in the system. Being that they are closest to home, it was vigorously urged that they take the knowledge they were presented with, to make better choices from within.

For those who aren’t involved within the criminal justice system, every single person that took to the stage that day pleaded that contrary to violence, as a means of channeling your anger on the subject. If you see something, say something. Through whatever way you see fit. Avenues mentioned were writing, social media, pho- tography, etc.

“We’re asking you to think critically, because what you do at the close of this conference will definitely define and determine how you will complete that phrase, ‘we the people,’” concluded Dr. Kevin Jordan, Assistant Dean of Student Development and Campus Life.